by ExplodedZombie
Hey all,
Was hoping you awesome folks could help me out.

I was printing this fairly large item yesterday and there ended up being a layer shift about 2 hours in. I've seen this issue once in the past. The print is going 100% perfect for a while then suddenly there is a shift in the layer. This is done in an enclosed room away from sight so I didn't see it happen this time. Last time, the motors paused for a second then it resumed and the shift happened then.

I haven't figured out how to display google images yet. But as you can see in the pic, it's perfectly straight until that shift, then straight again. This was a huge print, but it hadn't been going for more than 2 hours when the shift happened.
Thanks!

by Xenocrates
Is it shifting directly towards a tower? Have you checked the belts to make sure no teeth are missing (This is unlikely, but possible), as well as belt tension? For the image embedding, click to zoom into the picture, then right click copy image location, and use the Img tag. 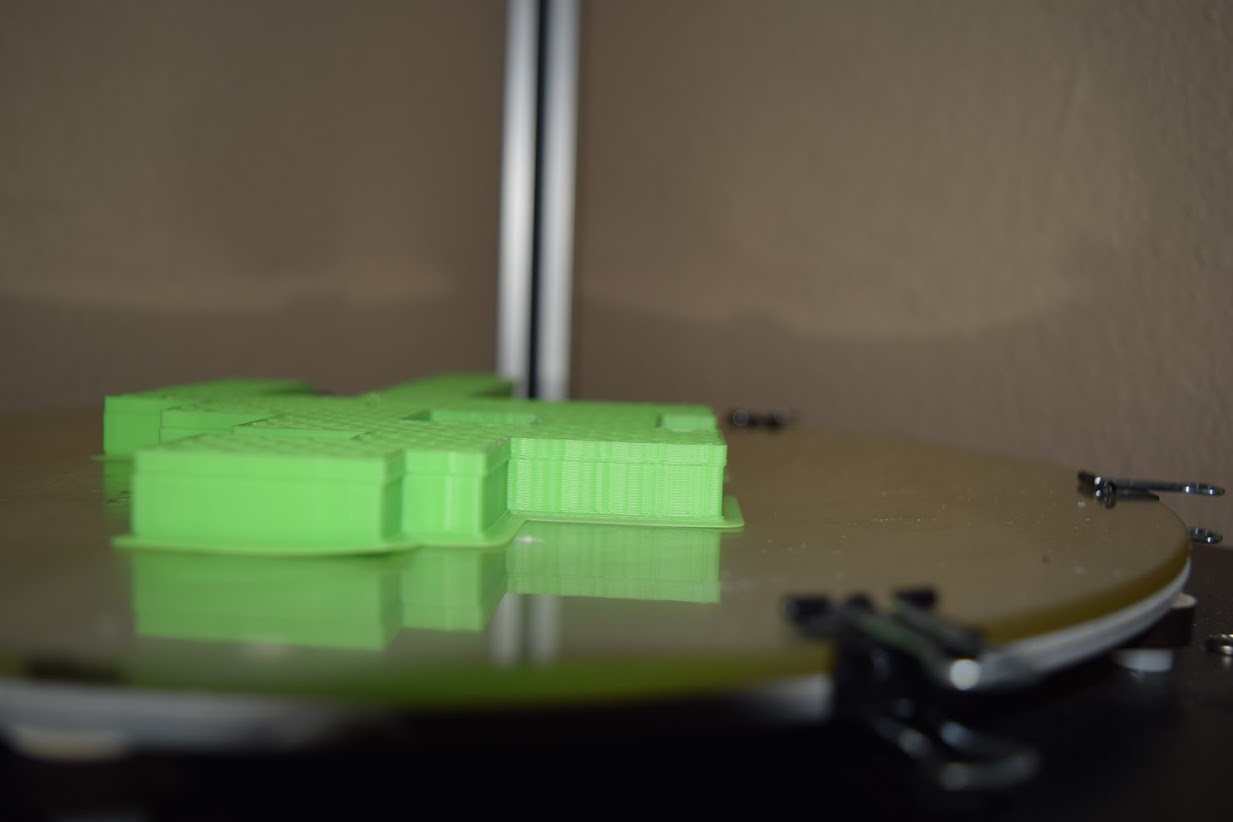 I checked the teeth, all there. Here are my findings so far:
1. The shift is actually happening toward Y + Z, split 50% each way.
2. Belt tension seems to be a little looser on the Y & Z towers. Not terribly different but maybe 25% more play.
3. The print has only the single shift so wouldn't it be strange it if was the belts on one or two towers causing it? It looks to me like it decided to shift and continue from there. It's perfectly straight from that point on.
4.Also worth pointing out, the "bottom" layer of the shift looks like the first layer of the overall print. Almost like it started over.

by enggmaug
I believe your belt slipped on the X tower.

Probably your hot end encountered more resistance than usual in one spot (maybe due to the lifting of your printed part) and the x belt slipped by one tooth or the motor skipped some steps.

by geneb
The X tower is certainly the culprit, especially with the offset alignment going between Y & Z.
If you're using the current firmware with a Rostock MAX v2, check to see if your motors are Kysan - there should be a label on the steppers. If they're Kysan motors, the current firmware is going to be under-driving them by about half the current they need. This one actually got me a while back - I was fighting an upgraded v2 that had an extruder that would skip like a 7 year old at a hopscotch marathon.

Nothing I did solved it and I was about ready to pick up a Titan extruder, when I saw a post someone made here that reminded me that there was a huge current difference between the older Kysan motors and the current production motors. (the brand escapes me at the moment) Once I upped the drive current, it quit skipping and is a happy printer.

by ExplodedZombie
Thanks guys I will take a look when I get home!

By the way, the print didn't actually lift, just the skirt. I inspected everything and it's perfectly flat. <3 PEI + glue stick

by ExplodedZombie
I've been attempting to figure it out so while I keep looking I'll drop a pic of my stepper motor here. It's the only sticker I found on it:

geneb wrote: ...Once I upped the drive current, it quit skipping and is a happy printer.

What setting is this in the firmware? I'm having the occasional layer shift as well. Thanks!

by geneb
You want to look for the "MOTOR_CURRENT" #define for your printer configuration. The values are X, Y, Z, E0, E1. I'm currently running White MAX at 175 for the axes and 200 for the extruder. It's using Wantai stepper motors.